Marine microalgae feed fish as an alternative to fishmeal−to ensure that fish feed us. 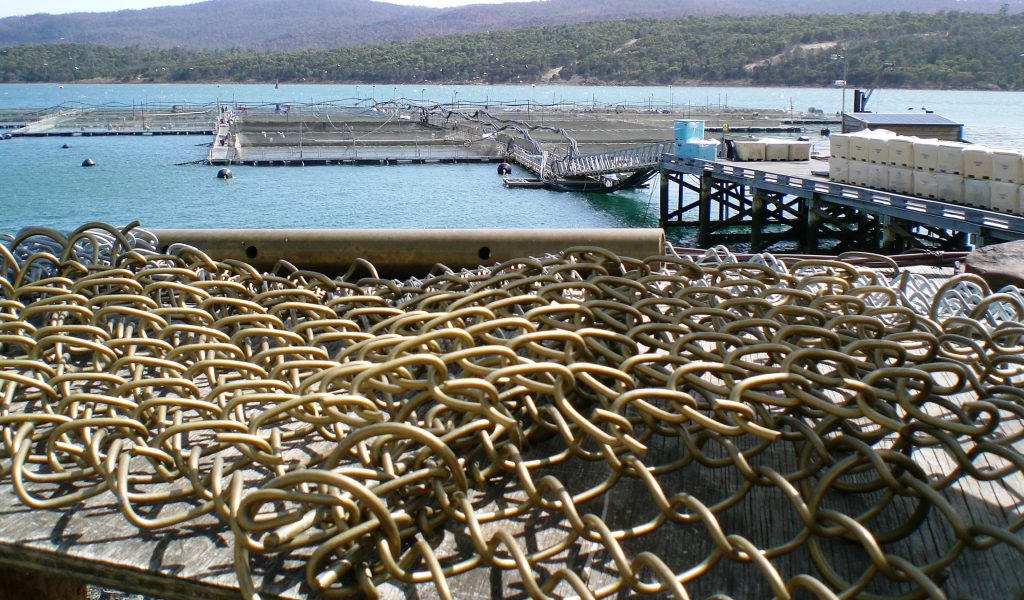 Aquaculture has been growing at an annual average rate of 5.8 percent since 2005, but with world population numbers likely to balloon to over 9 billion by 2050, demand will increase. Feed for farmed fish species has become a problem. Wild marine resources−on which feed manufacturers have relied to produce aquafeed fishmeal−are dwindling and becoming costly. The industry has adopted terrestrial plant products as feed ingredients, but they do not appear in the natural food chain of fish. The approach may affect the health of some aquaculture species, especially the carnivorous ones, as in the case of soybean meal, which may cause intestinal inflammation in Atlantic salmon. “The need to find alternate fish feed ingredients that are part of the aquatic food web, but are not fish-based is urgent,” says Kiron Viswanath, Professor at the Faculty of Biosciences & Aquaculture, Nord University, Norway.

Over the last decade, Viswanath has been working with the Cornell Marine Algae Biofuels Consortium and its successor, the Marine Algae Industrialization Consortium (MAGIC), led by Duke University in North Carolina, to examine if marine microalgae might make a good aquafeed ingredient. He and his team have recently published two studies – in Frontiers in Marine Science (FMS, DOI: 10.3389/fmars.2016.00067) and Aquaculture Nutrition (AN, DOI: 10.1111/anu.12533), both focusing specifically on Atlantic salmon (Salmo salar) smolts.

About 78 percent of the world’s total salmonid production currently occurs on farms, and 99 percent of the Atlantic salmon that we consume comes from farms like the one depicted above. Salmon aquaculture is one of the fastest food production systems in the world. According to conservative estimates by The World Bank, a 50 percent increase is expected by 2030 of over 3.6 million tonnes (Fish to 2030 PDF, pages 41 and 57). “Salmon is highly valued because the flesh of healthy salmon is rich in omega-3 fatty acids, protein, and other nutrients” explains Viswanath. “But salmon require quality, digestible protein and omega-3s in their own diet to provide these benefits. Though fishmeal is the recipe to achieve this flesh quality, marine microalgae might well serve this purpose. They are part of the salmon’s food chain. Small amounts are actually already used in commercial Atlantic salmon feeds. So we wanted to know how they affect the salmon’s growth and health when they are in the feed.”

For the FMS study, the researchers included either 10 or 20 percent of defatted marine microalgal biomass to replace fishmeal in the salmon’s feed. The tested algae were produced at an existing algae-growing pilot facility in Hawai’i (Cellana, a Cornell Consortium partner). After ten weeks, the salmon groups that received algae had similar weights as well as similar health and body composition indices as the control group, which were fed on higher amounts of fishmeal. Intestinal markers confirmed that the algae did not cause inflammation. In short, the replacement diets did not negatively affect the growth and health of the salmon. “The data clearly show that microalgae can be the way forward to sustain salmon aquaculture,” says Viswanath.

Further research can now proceed to build on the findings. For example, the FMS trial used the algae strain Desmodesmus; research revealed some digestibility and nutrient availability issues. Scientists believe that these issues may be directly related to the choice of species. In the AN study, they point out that another algae variety, Nannochloropsis, has better digestibility compared to Desmodesmus. But these are only two representative strains among the thousands known. Studies also need to find out more about maximum inclusion levels for high-quality algae. “The inclusion and benefit levels of algae in the feed will depend on what we find out about a variety of algae strains. Our Consortium aims to further optimize different algae for nutritional value and health,” says Viswanath.

But even with more answers in place, questions remain: Will the overall aquaculture industry be able to get a sustainable supply of algal meal in amounts that allow for sustainable aquaculture practices? Product costs remain one of the greatest challenges for the algae’s industrial commercialization. “We are not close yet,” says Viswanath. “That said, salmon feed is among the highest paying feed within the aquaculture industry. It is of such high value that when algal feed for salmon is produced in combination with algal biofuel, which is what MAGIC focuses on, it could enable and sustain the co-product industry. Even if we were to produce only salmon feed, I see benefit. With the salmon industry as flagship, microalgae will be aquaculture’s savior.”