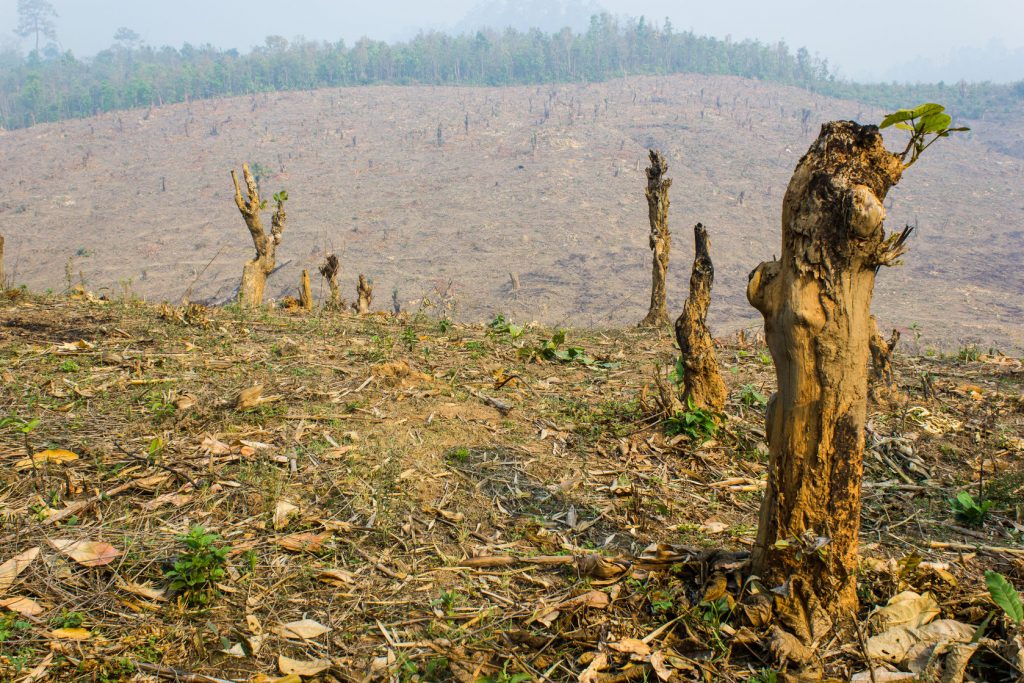 According to a report published by the Food and Agriculture Organization of the United Nations (PDF Download) in 2011, the world’s rising population will call for 70 percent more food production globally by 2050. Yet an expansion of conventional agriculture is not the answer. Conventional agriculture uses 70 percent of water withdrawn from aquifers, streams and lakes. And while forest ecosystems lock up significant amounts of carbon dioxide, the deforestation that agricultural expansion necessitates releases all that carbon into the atmosphere. These emissions accelerate climate change, which can threaten conventional agriculture and water supplies. “Land and water availability are becoming significant challenges for the 21st century due to climate change,” says Dr. Michael J. Walsh, a research fellow at the Center for Integration of Science and Industry at Bentley University, Massachusetts. “But new options surface if we can lower the land and water demand of food production.”

Lands saved from conventional agriculture avoid the emissions from expanding agriculture, can be afforested, and can be used to cultivate feedstocks for negative emission technologies such as Bio-energy with Carbon Capture and Storage (BECCS). Food production that is not reliant on water-stressed ecosystems also enhances water and food security. But how can we possibly shift from agricultural methods that have been practiced for centuries? In recent years, Walsh has been working with the Marine Algae Industrialization Consortium (MAGIC), led by Duke University in North Carolina, as well as with MAGIC’s predecessor, the Cornell Marine Algae Biofuels Consortium, to explore the feasibility of marine microalgae cultivation for food and fuel. He and his team recently concluded that these two products could be part of what is needed to enable the shift. They explain their findings in the December 2016 issue of the journal Environmental Research Letters (ERL; DOI: 10.1088/1748-9326/11/11/114006).

Marine microalgae have long drawn interest as a source of biofuels because they grow at least ten times faster than terrestrial biofuel crops. But commercial algal production requires a significant input of resources and is expensive. Meanwhile, studies have shown that algal biomass can substitute for corn and soy in livestock feed and fishmeal in the diets of salmon, shrimp and carp. As a rich source for protein and omega-3 fatty acids, algae have the potential to be more nutritionally beneficial and economically valuable than conventional feeds. As feeds, the algae are more lucrative than fuel. “So rather than just focusing on fuel, we realized we had to consider the opportunities associated with using algae for food,” says Walsh.

The ERL study relies on the Global Change Assessment Model, an economic and emissions forecasting tool developed by the Pacific Northwest National Lab’s Joint Global Change Research Institute. It examines what the environmental and economic impacts are when enough marine microalgae are produced to meet the International Energy Agency’s global biofuels targets, while differentiating potential tradeoffs for three end-product scenarios: Food only; fuel-only; and co-production of food and fuel. For modeling purposes, the researchers assumed that the algae were grown in non-arable areas, using seawater, and could substitute for conventional corn and oil crops, based upon the findings of previous MAGIC research.

Each end-product pathway offers its own benefits and drawbacks, the assessment shows. For example, when the algae are grown for fuel only, they may deliver the greatest cumulative reduction in emissions savings, but this may not be competitive with more cost-effective energy technologies. When algae are used solely for food, large land and water savings are realized, but despite a significant initial drop in greenhouse gas emissions from reversing land-use changes, ongoing energy demands eventually cancel out the emission savings. The pathway resulting in food and energy as co-products, however, holds the most powerful long-term environmental impact, because it would provide the agriculture offset benefits and the fuel would continue to offset emissions. “Algae production requires a large input of energy to create energy dense oils and nutritive protein,” explains Walsh. “While previous efforts have tried to use all of that product for energy, it makes more sense to use the protein component as a food source that mitigates the challenging impacts of conventional agriculture.”

Two challenges remain. Commercial marine microalgae cultivation demands large amounts of nitrogen fertilizer and phosphorus, plus abundant carbon dioxide in far more concentrated form than the atmosphere can provide. While new technologies may solve these issues, even the best cost estimates for algal biomass production currently exceed those of commodity agricultural crops. For Walsh, this is all good information. “Novel technologies require holistic assessment before they are adopted to ensure sustainable development,” he says. “This study shows that while there are tradeoffs, algae as a food source can create significant environmental value. That is critical. From here, we can look at the best ways to realize these benefits in order to push forward commercialization. The potential is enormous.”